Fell in love with another band yesterday...love at first listen! Karkwa sounds so much like Bon Iver, I actually thought it was Justin Vernon singing in French.


I have been listening them on repeat ever since....and I am super sad to find out they were in Edmonton a few weeks ago for Edmonton Chante (a francophone music festival). I hope they come back again, cause I think they would be amazing live!

This song is my favorite!

I really love listening to songs in French. Music is so much more poetic in another language....especially en français!
Cheers!
Kristen
Posted by Kristen at 20:00 No comments:

Tune Tuesday - Stuck In My Head

Warning: These songs are very catchy....watch with caution.

This first video has been in my head for about 3 weeks...I actually cannot get it out of my head. Thankfully it`s a fantastic song, so I am quite content to sing it over and over again. (They're also in Edmonton Nov. 4th so you can go see them live!)


I appologize for the stupid commercial attached to this next video...Vevo has ruined Youtube...but this song is really worth a listen! Everytime I hear Reaction, I end up thinking about this song as well. I don`t understand this song at all, and the video doesn't particularly make any sense, but it's stupidly addictive.


So now that I've polluted your brain with catchy tunes, I shall wish you a fantastic Tuesday night.

So apparently I fail at scheduling a post......so I apologize for this being late and we'll give this a second shot...

So my last post left off with a lovely lunch with two lovely ladies...and this one picks up with a perfect afternoon nap in a park. We might have been surrounded by an overly creepy number of seagulls evenly spaced and motionless, but that didn't stop us from spreading out our newly signed band tees and soaking up some sun. 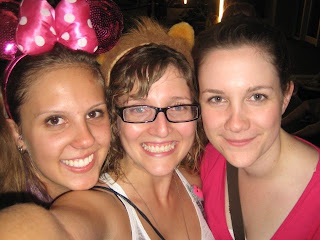 After our siesta, we returned to the show to catch Cake. I was ridiculously excited for the chance to see them live, but to be quite honest, I would have rather extended my nap in the park.  The show lacked any kind of pizzaz, and it sounded like they were playing their CD over the sound system. It was too rehearsed.  That however, doesn't stop me from getting super happy every time I hear this song on the radio!

Up next was Social Distortion. Now I usually hit up indie rock concerts, but it was nice to hear some music that was outside my typical genre. They put on a wicked show and I suppose that has to do with the fact that they've been around forever. I really enjoyed this video because of the 1930's mob theme. There's just something about that era that I find so captivating.

Metric took the stage next. They put on an amazing show as always (that was the 3rd time I have gotten to see them live). The crowd was still amped up from Social D, so in an attempt to escape the moshing, I decided to cross something off my bucket list, and went crowd-surfing. It was SO MUCH FUN! I didn't brave the mosh pit...but maybe one day. That being said it wouldn't be a Metric concert without me leaving somewhat beat up, and this time was no exception. My foot was super swollen and black and blue, and the back of my head throbbed for 2 weeks. It was completely worth it though! Their new single is Black History Month which is a cover of the Death From Above 1979 version. I still don't know if I like it.....but here is one of  my favourites!

Jane's Addiction finished up the 12 hours of music (holy cow was it a LONG day!), but we only caught the first song before heading home to our beds. I'm sad that I didn't get to hear this song live...these guys are so freaking talented.

It was a pretty incredible day. Although I don't think I can say I have ever had a bad time at a concert. 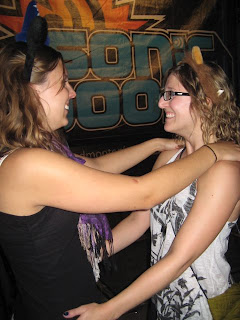 I attended a music festival put on by a local radio station a few weekends ago.  We got up bright and early (8 am on a Sunday) so we could make sure to catch the opening act at 11:30.  We even put on some funny ears (courtesy of EuroDisney) to make the day a little more fun. 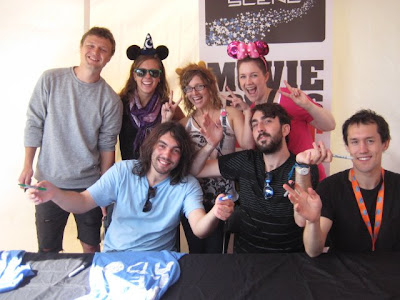 (Jenn, Carla and I with Hollerado)
Opening band was Christian Hansen and the Autistics.  They're from Edmonton, and the lead singer (Christian Hansen) is one of the most entertaining performers I've seen.  His facial expressions were priceless, and their music is all the things electropop that make my ears happy.  This video encompasses their performance completely, and the song is stupidly catchy.

The second band was Hollerado.  They put on an amazing show, and we got to chat with them for a bit afterwards.  Also Canadian (from Montreal), they're more indie rock, but still incredibly high energy.  Their set included lots of drum, guitar and bass solos, and a random, yet hilarious cover of Fuck You by Cee Lo Green (who cancelled his performance at Sonic Boom).  They also have some of the most original music videos I've ever seen.

We missed all the bands in the middle when we executed an escape plan (lets just say I'm really good at inventing stories) to find food that wasn't deep fried. Thanks to Highlands Kitchen we did just that, and ate ourselves into a food coma. If you haven't been, I highly suggest you go and try and chocolate pate! 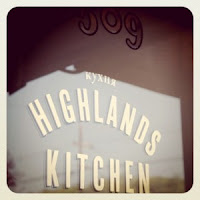 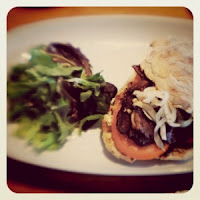 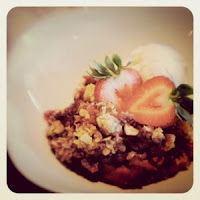 (photos: highlandskitchen.ca)
Check back next Tuesday for the rest of our adventure.
<3 Kristen
P.S I'm having computer difficulties ie. my new laptop is worse than my old laptop. so I haven't been able to upload any picture that I can't steal off facebook. I hope to get this also sorted out soon and then photo bomb you with Paris for weeks and weeks and weeks ;)
Posted by Kristen at 22:00 No comments:

What better way to start a new blog, than with some fantastic music?


I stumbled upon Samantha Savage Smith completely by accident. I was driving with a good friend (who happens to by my concert buddy), when we saw a bunch of people in a park and a stage.  Both of us immediately screamed at the possibility of a free random concert in the park, pulled a U-turn and went to go check it out. Not expecting much, we were both blown away by what we heard. Her voice was so mature. In some of her songs, she reminded me of Zooey Deschanel. So quirky, so powerful, but so mellow. Just the right amount of jazz and rock.  We laid in the grass and caught the end of her set, and were so disappointed that we weren't there for the entire show. To make her even more amazing, she's from Calgary, which is 3 hours from my hometown. I LOVE discovering new local talent. It makes the music that much more special.
You can check out more of her music on her MySpace page.
Cheers,
Kristen
Posted by Kristen at 21:59 No comments:

Welcome to Vingt Heures Vin! If you've clicked over from FreshwaterPurls, thanks for continuing to follow after my giant hiatus..and if you're new, it's a pleasure to have you!

You're probably wondering what vingt heures vin means......unless you're French....but chances are you're not...It's a little play on words as vingt (which means 20) and vin (which means wine) sound the exact same when spoken, so it's 20:20, or wine after 8 (which doesn't sound nearly as cool in English!). If that didn't totally confuse you, then congratulations, you might actually understand my future ramblings...if I lost you, I apologize. I have NO idea how else to explain it. I probably shouldn't have poured myself another glass of wine.....

After taking a huge break from blogging over the summer due to a little..well actually, quite large..European adventure, not only have I decided to start fresh, but I have SO MUCH TO SHARE! You can look forward to lots of music, pretty pictures and a few exciting adventures...all with a little French inspiration (I might miss Paris just a tad....)! 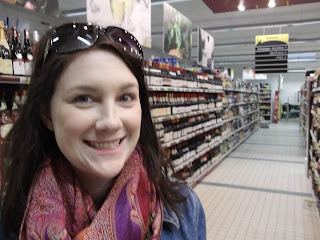